History has shown us that removal of unwanted hair is not something that suddenly came into play a hundred years ago in our society. As a matter of fact, the earliest evidence of devices used to remove hair goes as far back as 30,000 BC! This means that it was actually performed as early as the Stone Age by using a very hard mineral named Flint which had sharp edges and served as a razor blade. We have definitely come a long way since.

Hair removal has made its way upward on the popularity scale many times through out history. In 1915, an edition of Bazaar Magazine featured a model that appeared to have bare arms and underarms. This immediately sparked a reaction from society and it even caused a movement by razor company “Wilkinson Sword” whose purpose was to convince women that underarm or pubic hair was neither hygienic nor feminine. Only two years after this movement, razor blade sales nearly doubled and bare underarms became the new norm for women in North America.

Although one of the most ancient and common forms of removing hair is shaving, many new techniques have made their ways into our markets allowing us to have beautifully smooth skin without the ingrown hairs or the ridiculously time consuming showers. Depilation, threading and waxing are other extremely popular and cost effective methods that have been popular for centuries, even if their chemical composition was different then.

Waxing is known to date back even into ancient Egyptian times where wives used to remove their hair with sticky substances and mixtures such as oil and honey. As a matter of fact, bikini waxing was invented in the 1960’s and was rediscovered in 1994 when it was introduced by an international beauty salon in Manhattan and has since then been one of the most requested methods in the market. However, all of these procedures are highly painful and only bare smooth results for a maximum of two to three weeks depending on the hair growth of the individual.

It was because all of these methods had some kind of drawback that scientists and doctors created safer, longer lasting and less painful methods to remove unwanted hair from certain areas of the body. These procedures include electrolysis and laser hair removal, which are performed strictly by professionals worldwide. Laser hair removal showed such incredible results that it is now the third most popular method across the globe, creating an unexpectedly immense demand for hair removal technicians and professionals. 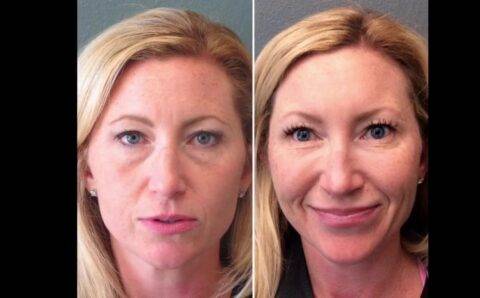 Using Juvederm to correct wrinkles is a fast and safe procedure that has received widespread praise for its cosmetic benefits. The process is typically performed...

How To Know The Best Haircut For You

The Main Benefits of Airbrush Make-Up